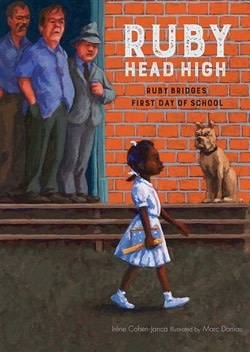 Inspired by an iconic Norman Rockwell painting and translated from an original French text, this is a story about the day a little girl held her head high and changed the world.

It's Ruby's first day of school. She puts on her best dress, and her mother braids her hair, but Ruby Bridges is no ordinary girl, and this first day of school is like none other.  Ruby Bridges was six when she became the first African American child to integrate a white Southern elementary school. On November 14, 1960, she was escorted to class by her mother and U.S. marshals due to violent mobs. Bridges' brave act was a milestone in the civil rights movement, and proof that no matter our age, we all have the ability to create change in the world. 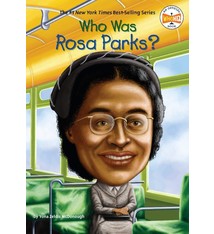 Who Was Rosa Parks? by Yona Zeldis McDonough (8+)