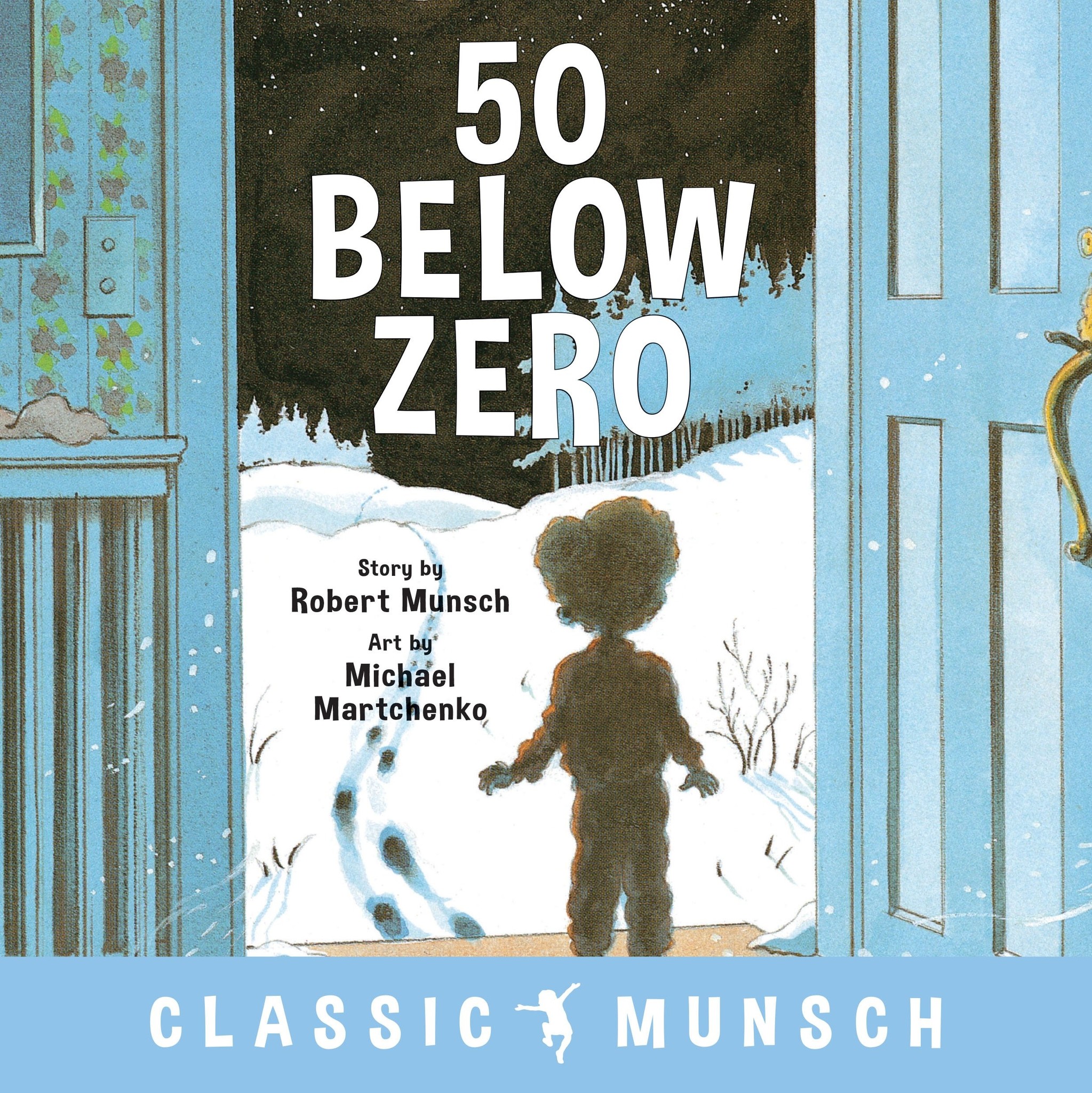 50 Below Zero was first told in a town called Watson Lake in Yukon Territory.

It was really strange how I got there. I was doing a tour of Yukon Territory for Children’s Book Week.

Someone had scheduled me to go to Watson Lake but they had forgotten to tell anybody in Watson Lake that I was coming. So I flew into Watson Lake with a bunch of asbestos miners. They were going to a little town called Cassier in British Columbia.

They got off the plane, staggered into their bus (they staggered because they were all drunk) and rode away.

I was the only passenger at the airport.

The man who ran the airport looked at me and said “Hey, I am shutting the place down. Who are you and where are you going?”

It turned out that Watson Lake Airport is about ten miles outside of Watson Lake. It was 50 Below Zero and I wasn’t going to walk to town. I called up the Principal of the school and said “Hey, I am Bob Munsch and I am supposed to come and tell stories.” And he said “Bob Who?”

Well we talked and we talked and I explained what had happened. He came out and got me. He said I should stay with him at his house; but unfortunately his aunt from Vancouver was staying with him and I would have to stay in a Hotel and that was too bad.

I asked, “Why?” He said “Well, lots of truck drivers had just come up the Yukon highway and they were all in the hotel drinking and fighting and breaking down doors and he hoped I wouldn’t get hurt.” I said “Thanks a lot for telling me.”

So I stayed in the hotel and luckily nobody broke down my door. The truck drivers just broke down each others’ doors.

The next day I went to tell stories at the school in Watson Lake. There were signs on the walls telling the children to be careful of frostbite. Lots of the kids had bleeding frostbite on their cheeks.

I said to myself “These kids would like a story about cold.” So I made up a story about being cold and they definitely did like it. 50 Below quickly went onto the list of stories I tell all the time, but the reaction of children to the story depended a lot on where they live. Kids who live where does not get very cold just think it is a funny story. Kids who have had their cheeks frozen and know cold as a very dangerous thing react with a lot of empathy, especially when the dad goes outside in his pajamas at -50. They know that in the real world, that dad would die in about a minute.

I never sent this story to my publisher. The publisher came to one of my storytellings and heard it and said, “Hey! We like the 50 below one.”